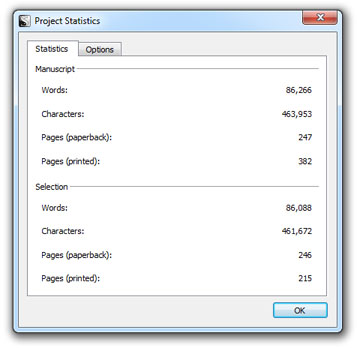 I’m about to start submitting my manuscript to agents and publishers and, well, I’m not ready. But I’ll sure as hell try to be.

Remind me, again, why I’m doing this? I’ve got blood and sweat staining my shirt as I run down that final stretch toward the completion of my book… but, more importantly, there’s a lot of tears mixed in, as well. I’ve never been so stressed in my life, but I’ve also never felt as accomplished.

This is my work. And I’m proud, a feeling that’s hard to come by in the literary game.

Now, let me yell at you.

Self-doubt can be a killer. No matter how great your work may be it’ll still attack you in a dark alley, leaving you bloodied and disillusioned. But it won’t stop there… no, it’ll stalk you, everywhere you go, and kick you whenever you’re feeling low.

What’s that? You wrote the next great, [insert country] novel? Oh, you painted the Mona Lisa and completed Through the Fire and Flames on expert? Too bad, that’s just not good enough.

At least, that’s what that little voice in the back of your head will lead you to believe. But guess what? It’s not true. I believe it was Michelangelo himself, upon chiseling out the last of David, that said:

you’re your own worst critic.”

And he wasn’t wrong. It’s you at the end of the day that’s keeping that masterpiece from being finished. I spent two years in that position and fear I’ll spend several more, but I have learned one thing.

Don’t be so damn afraid.

I frequent several communities on writing, wherein I read a multitude of threads and posts each day. And it’s frustrating to no end. The far most common subject being, “Can I do this? Can I do that?”

That’s an awful question to ask. With the honest truth being, if you have to ask that question then the answer is a solid, no.

You’re better than that. You have a voice that’s just dying to be heard. Don’t muck it up by playing other people’s standards. Be risky; be bold. Words can create infinite worlds, you should never once think that you have to build yours like others have before. There’s no rules to what you can do.*

If you have to consistently ask permission to tell a story than maybe you should rethink telling stories at all. By no means am I saying, “Stop writing!” More, stop writing for anyone but yourself. There’s an audience for everything, and you’ll find yours if you just speak what’s on your mind.

I struggled with it a lot, myself – and I still do. But some strategies have helped me overcome this.

Firstly, which is common knowledge, but begs repeating: don’t edit as you go. It was a huge mistake on my part and, from what I’ve seen, others, as well. You get into this mindset that you want your work to be perfect in every way. And you re-read, re-write and revise with every chapter. Trouble is… nothing’s ever perfect. Nor will be.

Keep writing as if your life depended on it and you’ll get your jolt of confidence as your novel grows.

Which leads me to my second method: keeping things in perspective or, more importantly, keeping them organized.

When I started I didn’t have much to my arsenal – my mind, my keyboard, and the copy of Word that comes bundled with Windows. I’d thought it was enough, but, boy, was I wrong. As I planted my seeds and they grew into something grand, I’d all but lost track of what was even growing. At the time I’d had twenty chapters in all, each in their own, solitary document files. Then I got to Chapter 21 and – what’s this? What was this characters eye color? Where did I leave that one, important item? And I’d comb back through each chapter, one by one, until I knew.

It made me feel a mess. Like what I’d created would be the same confusing jumble of words to readers as it was to me.

And then I found Scrivener. I know there’s several programs like it, but it turned out to be my personal weapon of choice.

It kept everything – from the hair on my protagonists head to the soles of his shoes – in order. It took a little to learn, and a bit more to convert my pesky files to its system… but in the end it revitalized me.

There is nothing quite like the feeling I got when I saw my entire story bundled up and put together. As a whole it looked for better than it ever had before. I could see the work and patience I’d put into it. I haven’t stopped since.

Thirdly: let your voice be heard.

No one can help push you that extra inch if you don’t let them – you’ll face plant, right at the end, endlessly staring up at that finish line that’ll haunt your dreams.

It took me forever to grasp this. I wanted my friends, my family, to read my work once it was done. “Oh, they’ll love it better as a whole!” I’d say… trouble is, with no one to look at my words, I never quite got the feeling of how important they were.

The second my wife  laid eyes upon my pages, I knew I had to muster of the power to complete my floundering story. Then I gave it to someone else, and then another. Soon enough, I felt like the world was waiting and my confidence improved. And, better yet, they all helped me craft and mold my tale into something worth reading.*

And touching just beyond that is my fourth  – scratch that – demand. The number one word that needs to stand out above any of this, as you’re staring at the sun. And that’s:

It’s your your voice and no one else’s.

You’ll never be Shakespeare. You’re not Stephen King, nor JK Rowling; you’re not even one of James Patterson’s many ghostwriters. So, why the hell are you writing like them?

When’s the last time you went to see a cover band at Madison Square Garden? You can only ride coattails so far. For some that’s just fine, but for most you should strive to be original.

Be yourself. It’ll be pretty damn hard to keep up otherwise.

And now… the finale.

Not everyone’s cut out to be a writer, or a painter, or a singer. They might not have the chops to make it big in the field of their choosing. Hell, I’m still waiting for my acceptance letter to the Super Secret Author’s Guild. But the fact of the matter is: it makes me happy to write.

Don’t let anyone tell you to give up on your dreams just because you’ve not proven yourself successful [yet].

Like I said, there’s people out there that’ll love your work and maybe, just maybe, you’re only one sentence from getting their attention.

You can always learn and better yourself. Just keep at it, keep practicing. Keep finding your voice.